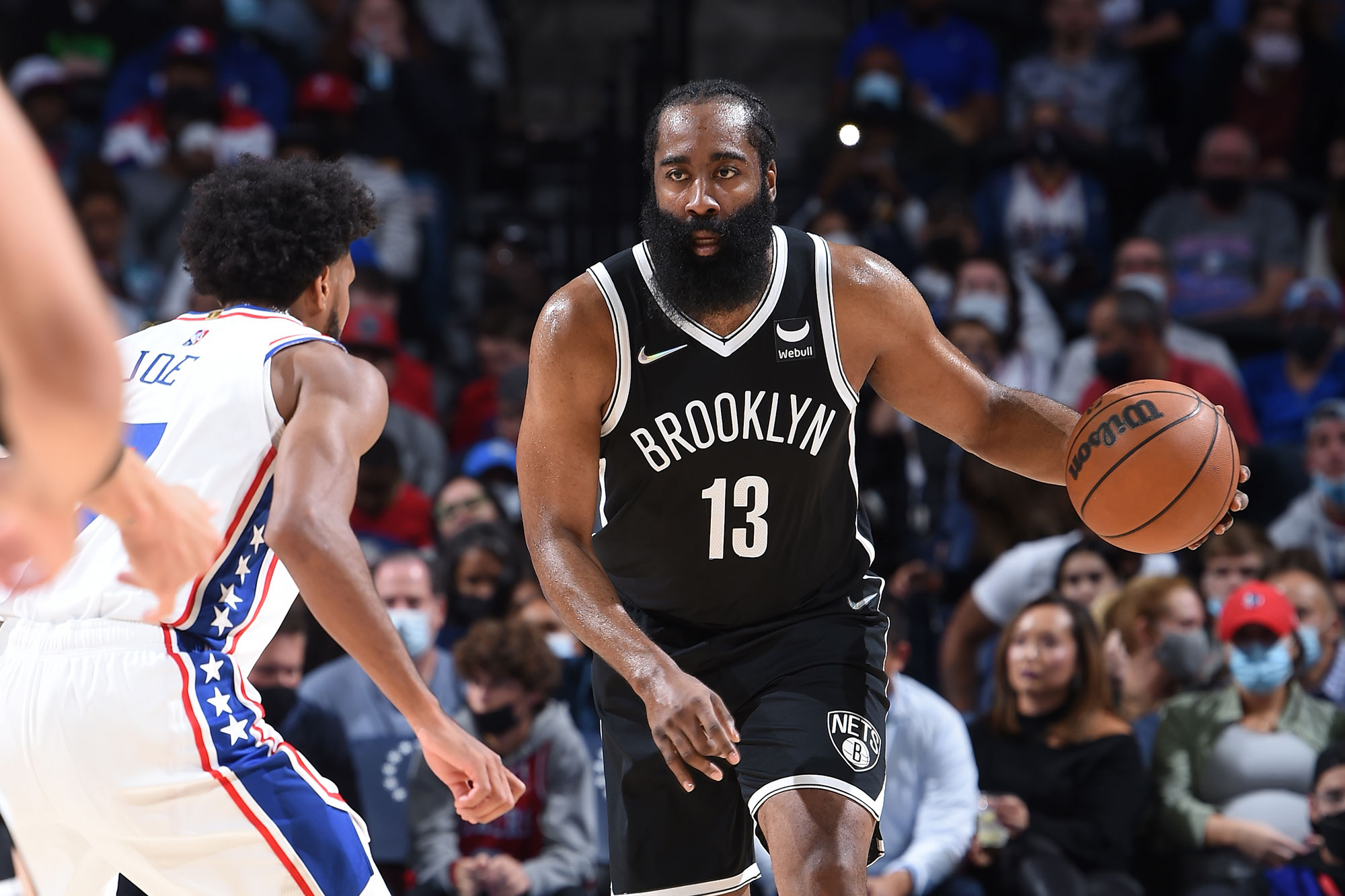 PHILADELPHIA — If you can’t stop them, legislate them.

Going into Monday’s preseason game at the 76ers, James Harden was not only dealing with playing his way into shape after an offseason spent rehabbing, but rule changes to keep players from using unnatural motions to draw fouls. In short, to cut down on his parade to the line, and the epidemic of players emulating him.

Neither seemed to slow Harden, who had 21 points. He and Kevin Durant were the only bright spots in a 115-104 loss to the Sixers at the Wells Fargo Center. But the fact he looked both spry and unbothered by the Harden Rules were more important than a preseason result.

“The reason they changed the rules is because too many guys are doing something they’re not comfortable with,” coach Steve Nash said. “Players will adapt back and they’ll figure out how to play within those rules, so I’m not so worried about that.”

Infamous for launching himself into defenders to draw fouls — especially on step-back 3s — he used his trademark move to get a whistle on Georges Niang with 5:58 left in the third quarter. The Sixers challenged the call, but lost.

“The competition committee came very quickly to agreement that these non-basketball moves were not what the game should be about,” NBA head of officiating Monty McCutchen said. “It should be about playing the game.

Harden led the league in foul shots for six straight years, until injuries limited him to 44 games last season and saw him finish 23rd. But when The Post pointed out Harden had been launching himself at defenders for years, McCutchen — who didn’t single out the Nets’ star by name — said the emulation was the bigger issue.

“Innovation takes time to become ubiquitous, or become something that other people follow because they see a positive outcome,” McCutchen said. “If we have a player who innovates and creates a new step … and we see an effectiveness to it, then our league recognizes what works. You see young players coming in that’ve already mastered the move. They’re not waiting to get here to be proficient.

“When something among these non-basketball moves becomes so ubiquitous that it starts to take over the flow of the game, the appearance, how we want our product to look, it’s [an issue]. This had become so ubiquitous we [had to] get more balance and flow to our game. It wasn’t just one or two players anymore; it was starting to be something we saw so much [it] wasn’t good for the game.”

Harden’s rookie teammate has been praised for his offensive savvy. The teen calls Harden his favorite player, and studied Harden’s ’s foul-drawing skill.

“When James was in Houston, I really picked up a lot of his moves, the tricks of the trade he did, the way he draws fouls,” Thomas said. “I got a lot of that from when he was in Houston, and even last year in Brooklyn, I was still watching him.”

Harden has appeared to be slowed by the rules, and looked to be playing his way into shape, albeit guilty of a game-high five turnovers.

“The conditioning is something that takes time. He’s been hurt predominantly for six months,” Nash said. “For him to rehab back to health and start playing basically in training camp, it’s still a process that’s ongoing.

“We have a lot of patience for James to make sure he can do it in a safe manner. We don’t want to accelerate that process too much. We want to let him get to work and support him as he gets back in a rhythm and a level of intensity he’s used to.”